Sometimes, people don’t even remember what we tend to hold onto… but for what it is worth, wanna say Sorry to my cousin Cory for pouring a gallon of milk over his head when we were little.

There really is no basis for guilt, it isn’t productive it doesn’t solve problems or fix situations in fact it does the opposite. Guilt causes more problems to be created by ignoring the root of where a mistake was conceived, and instead focusing on an instant solution made from choices based on emotional ideas. 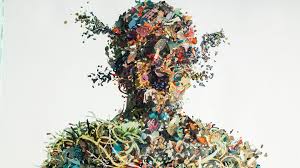 Did God abandon us and leave us riding shotgun with no driver?

A band-aid that makes people angry at God, themselves, and the world around them, it is the opposite of acceptance and places blame.  It rarely takes into account the facts, and is full of emotionally charged energy focused in a place that isn’t productive.

The perfect example I recently understood, a young boy who hadn’t needed glasses yet, but whose parents both wore glasses had found the world of online pornography, he had been feeling guilt about.  When the boy had a recent eye exam, he blamed  the fact he was now needing glasses on what he had been viewing.

What if the specific happenings in our life both good and bad are made to be for such people because they are strong enough to handle it, they are smart enough to understand how to take it and use it for the benefit of others.  There are people who will use what they have been through, to make a difference in the lives of others, fate will later bring those individuals into the path of someone who will understand them like no other otherwise would or could.  I wonder of this predetermined purpose  was a choice we previously agreed to in our life. I know I’d sacrifice myself, I would willingly suffer for another human being especially those I love and care about if it meant a contribution for a great outcome/display of love~greatest work I could show for God~love of my neighbor.

Please continue to use us as an instrument for your peace and understanding in the most compassionate way possible.  I know and understand how much faster grass grows, while the slow growth of the palm seems to be less apparent; the grass will more quickly wither and die. While the grass initially seems more adequate, just as the evil decisions of many seem to reap more instant rewards…I will not be fooled.

I will not give into to the worlds instantaneous temptations for immediate pleasures. I will continue to strengthen my faith to understand that looks are temporary and deceiving, what is nourished in the heart flourishes slower but last longer.